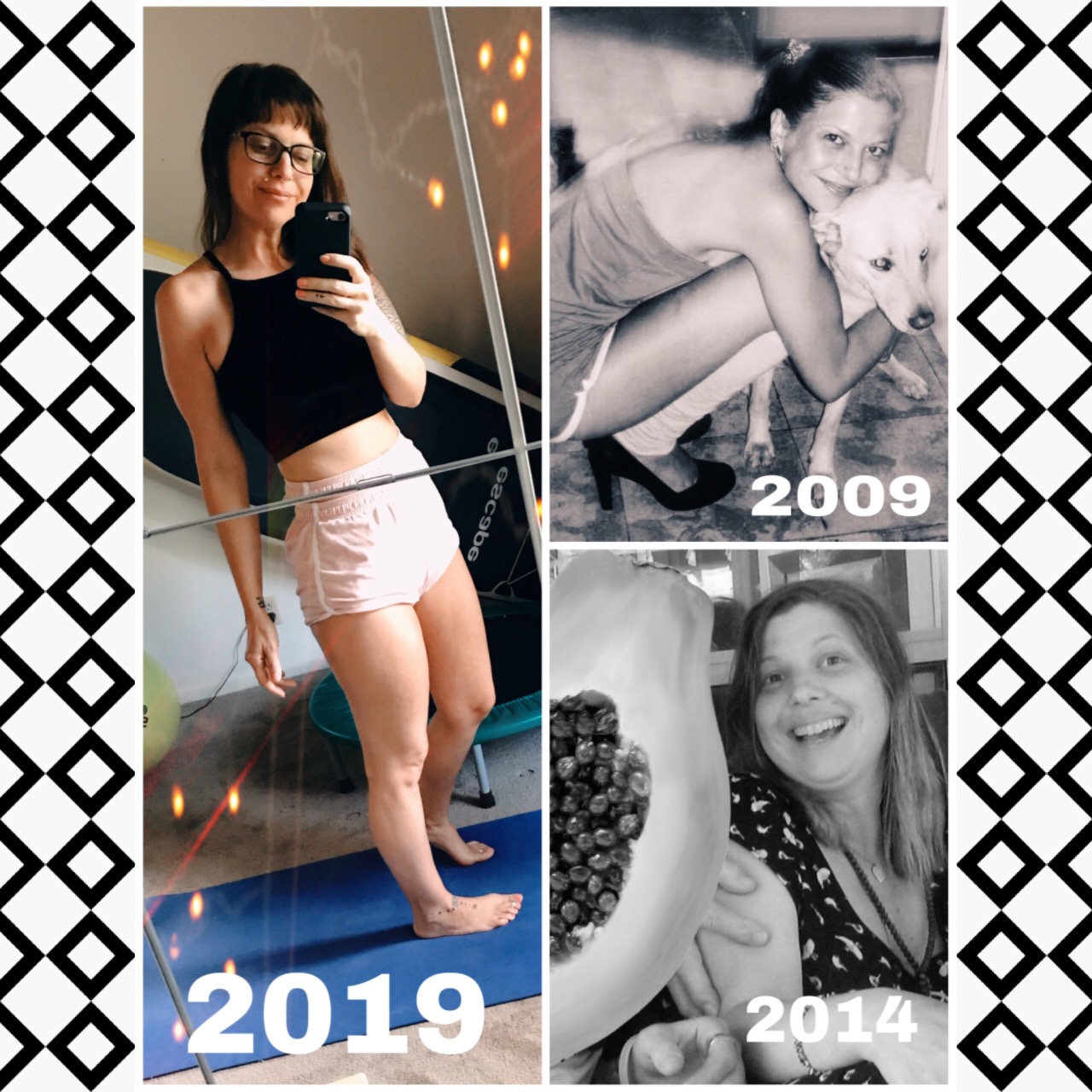 Aside from my spiritual realm team, reiki, divination, & TMS, there has been ONE HUGE FACTOR on my healing journey, and that is…

I speak on it often because it is THE MAIN thing (here in THIS realm) that has healed my life!

Particularly the dietary changes I made when I discovered Anthony William’s (Medical Medium) work!

When I was young, I pretty much had tonsillitis, strep throat, & bladder infections ALL THE TIME. In my early 20’s I had gained some weight due to my alcoholism & SUPER poor eating habits, but I lost it all again when I became sober in 2008.

Briefly, in February of that year, I saw a psychiatrist who confirmed what my counselor had suspected:

I had Bipolar 1 (mixed symptoms) with severe PTSD & OCD & had been trying to manage my symptoms with drugs & alcohol. He agreed to only work with me if I assented (& COMPLIED) to get sober. That night was my last drink.

I worked closely with him, & for awhile, the medicines helped me to navigate my new circumstances… In 2009 (a little after this photo was taken) I was hospitalized for a mixed episode of intense mania with depressive thoughts (with gory, suicidal ideation). There they discovered that I had hypothyroidism.

I was placed on Levothyroxin, but my weight & lethargy (which I blamed mostly on the ever-rotating pharmaceuticals in my body for the bipolar disorder) SKY-ROCKETED.

My hair began falling out, my nails were AWFUL, & to top it all off… NOTHING seemed to help ANYTHING.

The hospital & outpatient treatment centers became no stranger to me, & although I stayed sober, I was merely wasting away in the rooms of my house that I was not locked out of due to their inhabitation of sharp objects & ropes.

I started receiving TMS treatments (which helped to save my life) in that they gave me the impetus I needed to have JUST ENOUGH energy to change my diet, & begin a deeper meditation practice.

I became vegan in 2012. I ate “better” for awhile, & felt a bit better, too… but then resorted to eating what I now equate to “vegan junk food”… same as regular junk food… just with less harm to animals & the planet at large, but NOT less harm, per se, to myself. I mean, it was an improvement, but not ENOUGH for my thyroid… & the picture from 2014 demonstrates that.

With all of my hard work, I couldn’t keep the depression or the weight or the crippling lethargy at bay.

I had some reoccurring TMS treatments, & was at that point off of all medications for my mental health per my doctors, as they all made me substantially worse.

Cut to a few months before Medical Medium’s Thyroid Healing book came out, I switched to a raw, vegan diet, & did a month long detox from Karyn Calabrese from her book, “Go

Soak Your Nuts”. I was feeling SO MUCH BETTER. I had found a new primary care a few months prior (who also had a TMS machine for just in case!), & he agreed raw would be the best for my Hashimoto’s, which was OFF THE CHARTS on my T1-4 levels… ALL of them. Under his supervision, I began my raw journey, & held it for 6 months. When Anthony’s thyroid book came out, I bought it immediately. I asked my doctor what his thoughts were on it & he said,

“I think it is the definitive guide on thyroid issues that doctors have not been able to solve, & I think you should do it.”

Then LIFE happened with INTENSE responsibilities & left me with very little time… & the stress was overwhelming. I ate “healthier” but still cooked… & still not SUPER healthy. Corn & soy & oils made it back into my life. My book & healthy habits were pushed to the side as I tackled the new duties of being 24/7 dementia caregiver.

Never-the-less, I was still eating so much better. And once I no longer had the same responsibilities, my food improved, & I began seeing a healer.

My doctor looked at my charts, about 8 months ago when I went in, & told me that my thyroid counts were still insanely high… relatively flattened by this news, I asked if he could check to see what they were previously, just for grins.

Before, they were too high to be calculated, & NOW they were within range!

This propelled my dietary choices onward, & I began to do the celery juice in the morning sporadically.

Things have settled here, & a couple of months ago I decided to go FULL-FORCE by Anthony’s book (well BOOKS, as I now own ALL of them), & I am NO LONGER on my thyroid medication… AND I AM HEALING. I do not have intense symptoms any longer!

Now, if I falter, I still find myself struggling with lethargy… (I am fairly certain I have adrenal fatigue after checking off EVERY BOX for it in his first book, Medical Medium), SO I have incorporated his tips for that as well!

When I combine these 2 things I am running at a level I NEVER thought I could return to! (And so far, as I am only just getting the levels of energy I need for exercise… it’s been mostly WITHOUT any exercise…)

I want to share with y’all because 1) I AM SO SUPER GRATEFUL to be getting my life back!

Thank you, Anthony, for your dedication to getting this information out there & for helping us to HEAL!