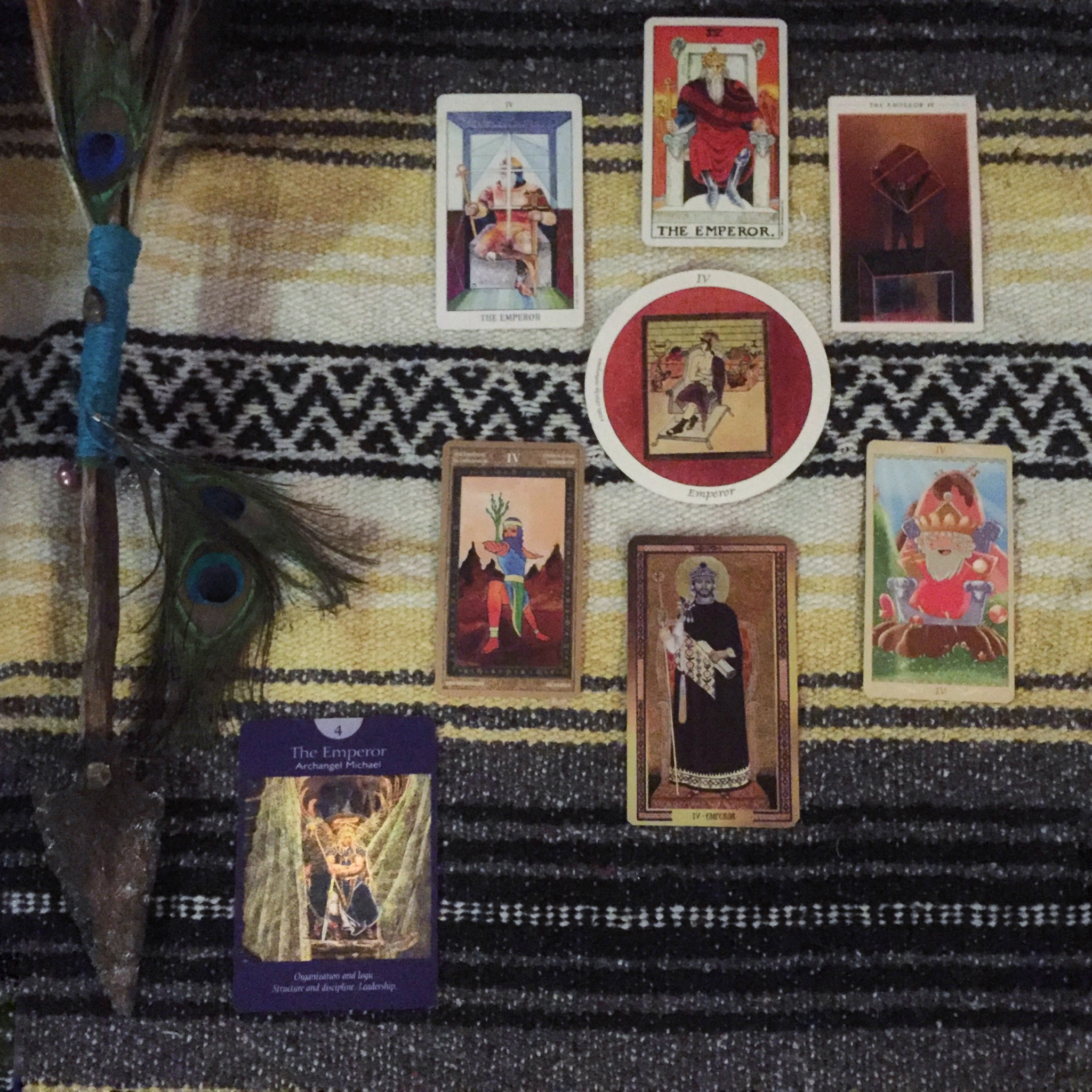 The mantra I chose was “Ram”.

At some point near the beginning I saw a Golden Eagle fly over head and heard his piercing cry.
🦅
The word “Self-doubt” came in, with the realization it is what I most need to let go in order to fully integrate Emperor energy. The blockages not just from this life time, but others came up as well. I saw some lives where I was a warrior in my full-potential of divine masculine, and one where I was power hungry.
There were about 10 streams of light connecting to people who wanted to receive the energy of the meditation. Maybe 14. I asked that those who also wanted healing be able to heal with me as I cleansed myself. I found some blockages that were mine and some that were not throughout my body. I brought in my aura and pushed them all out and down into a great ball of light in the center of the earth to be cleansed. I felt an intense pressure on the right side of my head that was not connected to me, in case this resonates for someone. I also did a chakra clearing and rebalancing.
🦅
The words “Let it go. You are awake.” Began playing on repeat.

🦅
The Eagle flew above again, and dropped down a huge golden egg. This egg was divided into pieces to the people who asked for healing by the energy that goes by “Christ”.

🦅
The words, “Let it go. You are free.” Began playing.
🦅
The Eagle flew above again.
🦅
I saw Christ sitting with me as Buddha anointed my head and my crown widened further.

Then my alarm sounded, and I gathered the energy up and sent it to the right side of the head pressure for whoever may be having that right now. And I sent out more of this healing energy to the world at large. The streams that were being sent to each who asked as I meditated were gold, and I was told to keep and eye out for Golden Eagle.
Thank you all for joining me, and for giving me the honor to do this work. Maybe I have found my deepest calling.